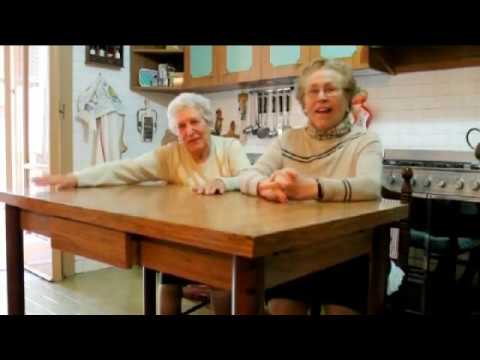 The two interviewees, Fortuna and Angelina Iervolino, were born and grew up in Ottaviano (Naples). The parents had a “puteca” (a little shop), where corn, beans, legumes and pasta were sold in large bags; the two sisters started working with parents from an early age. During the Second World War, Fortuna, being the first child, had the task of bringing food to the Castello dei Medici in Ottaviano, which was occupied by the Germans, while Angelina was studying in a convent of nuns. After the war they got married and formed a large family. Fortuna helped her husband in the sale of household items, while Angelina was a housewife. Currently, both widows, they spend their time going to the church and playing  cards with friends.

During the interview, they spoke of the problem of changing times and of the disqualifications that menstruating women had to face in relation to the food preparation. The respondents, to refer to that women condition, use the phrase “stay clean”.