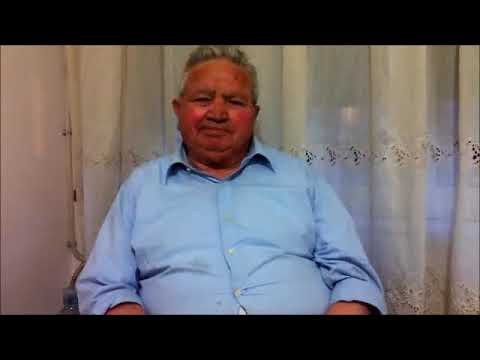 Gaetano Petrone
The “married soup”, the take away spaghetti and Saint Antonio’s bread

Born in 1933 and interviewed in 2012, Gaetano Pastrone explains how to prepare three typical dishes of the gastronomic Campania tradition: the “married soup”, the take away spaghetti and Saint Antonio’s bread.The making and the consumption of these foods occurred in the Vesuvius area.The soup was a carnival dish, a symbol of richness and prosperity. It was made with seven different kinds of meat put together with seven different kinds of vegetables.The take away spaghetti was a simple dish (the common spaghetti with tomato). It was considered a poor dish but not a home-made food. It was prepared by the street cooks, who used a kettle and made this dish being cheaper  than the home-made one. Saint Antonio’s  bread was made by the monks in the monastery located in the municipality of Afragola (NA) during the first days of May. The bread had to be ready for the procession that took place on the 13th of June, day consecrated to Saint Antonio Abbate; on that occasion, it was given to the believers. The mother yeast for the bread was given to the most important families in the area.