Giovanni Del Gaudio was born December 21, 1918 in Centola. He has lived all his long life in Montano Antilia, in the heart of the Cilento hills, where villages atop seem to have been frozen in time.

Giovanni is one of the last people who are part of the culture of the land, intended as manual work, as set of moral and emotional and religious values, as family and as social solidarity net.

In his story one can feel the regret of the peasant world, wiped out after World War II by the development of cities and symbolically of “modernity”, that broke the quiet of the countryside. So in his words everything takes on a nostalgic hue: the Sunday expectation for chianga, a country butcher shop where he went to get the meat that would constitute the main dish of Sundays, for the whole family which included, in addition to parents and children – often numerous – tens of components between maternal and paternal grandparents, aunts and uncles, distant cousins ​​and neighbors. The women meeting the first week of December to prapare the whole wheat zeppole that would then be covered in honey to be eaten and given away on Christmas Day. And the long trips to Palinuro, that one could reach only walking, as the road was going to be built only later.

In the country side people helped each other through the exchange of objects and food, food was considered an exchangeable good at the time. 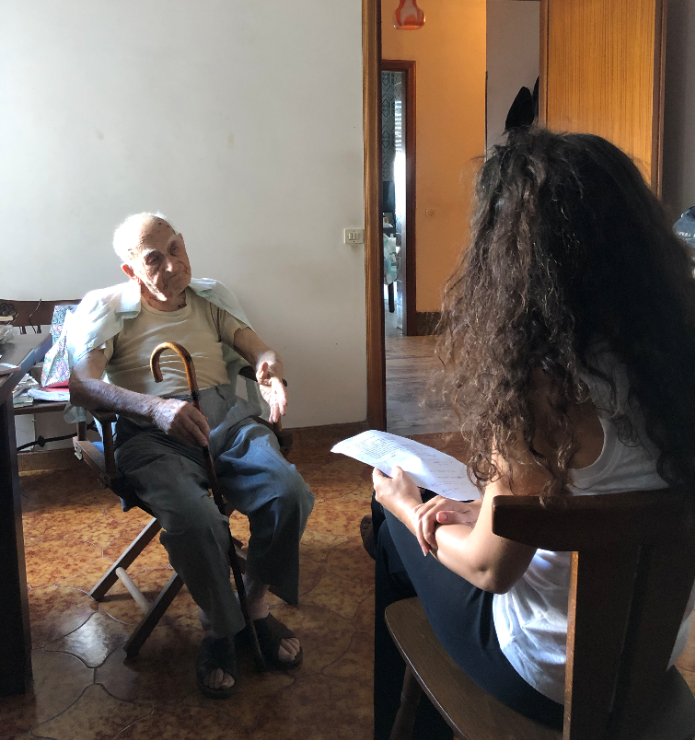