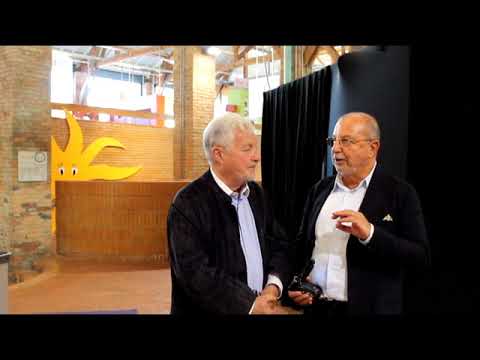 Marc Augé, noted French anthropologist and ethnologist ; born in 1935, was president of the Ecole des Hautes Etudes in Paris (EHESS) and director until 1970 of the Office of Scientific and Technical Research Overseas (ORSTOM – now Research Institute for Development) until 1970; has developed  missions in Africa and Latin America, writing first essays of ethnology.
He then analyzed the society’s surmodernité introducing the concept of non-place: namely those transition areas stereotyped anonymous and impersonal, with no traces of history, where the hectic transit is recorded and controlled (airports, malls, amusement parks).
On the occasion of the event “Remote Future”, which was held at the Science City of Naples, Marc Augé held a meeting focused on the man of the future and the future of man.
On this occasion, the anthropologist gave a short, intense interview for the Granai della Memoria recounting his memories food, including African cuisine, French cuisine and Italian cuisine – the one you prefer in the main dishes.
Augé in the event deals with important issues such as the uncertainty of the future, the human dimensions (individual, cultural, generic), mobility and social insecurities.
The location of the interview (which looks like the set of docu-film Nicolas Philibert ‘s Être et avoir) is the space of the museum Science City occupied by children visiting the Museum’s scientific path; harmonics cries of lively children, broken by the metal sound flex workers in the middle of maintenance work of the same place, well describe chaotic society and buttons in which time is hectic.
Concept addressed by the anthropologist stating that the category of time is replacing the space, a new virtual territoriality fitting into our , “hot” society (quoting Claude Lévi-Strauss).