Ugo Gregoretti, director and screen writer for television in the years of so-called economic boom, talks about his Italy. A country built – and divided – at the table. Born in Rome in 1930, when he was a teenager he moved to Naples, where he later met the woman who would become his wife. The memory of the war years is marked by mush and chestnut cake, food symbol of a “poor, kind and supportive” Italy. In the post war period, he discovered the Neapolitan cuisine: the rococo, the macaroni pie with a sweet crust, the pizza of scammaro, the cassatine and the meat on vegetables, a meat stew with vegetables landed in the regional capital of Campania along with the Americans. In 1953 Ugo Gregoretti started working for the Italian National Television RAI;  only a month later, the Italian official broadcasting service was born. These were the years of documentaries. The first dates back to ’55: it’s “Piazza San Marco”, followed by “La Sicilia del Gattopardo” (1960) “Controfagotto” (1961) and “I nuovi angeli” (1962). In ’63 he made the short movie “Il pollo ruspante” one of the episodes of the film “Rogopag” in collaboration with Roberto Rossellini, Godard and Pasolini, author, the latter, of the famous episode “La ricotta”. Ugo Gregoretti explains that he used “Il pollo ruspante” as a metaphor for the society of consumption, a society where food, like other goods, are made in series, and where the free-range chicken cannot be found anymore. The traditional Neapolitan food came back again into his life on the set of “Le belle famiglie” (1965), when  Totò invited him for an improvised feast, complete with housekeeper and vegetable dish, and offered him the puparuolo – the green chili pepper of Campania region. The last reflections of Ugo Gregoretti on the world of contemporary cuisine concern a comparison between the “Viaggio nella valle del Po'” by Mario Soldati, and TV shows hosted by Antonella Clerici.

Jan Fabre
Talks about his foods of memory 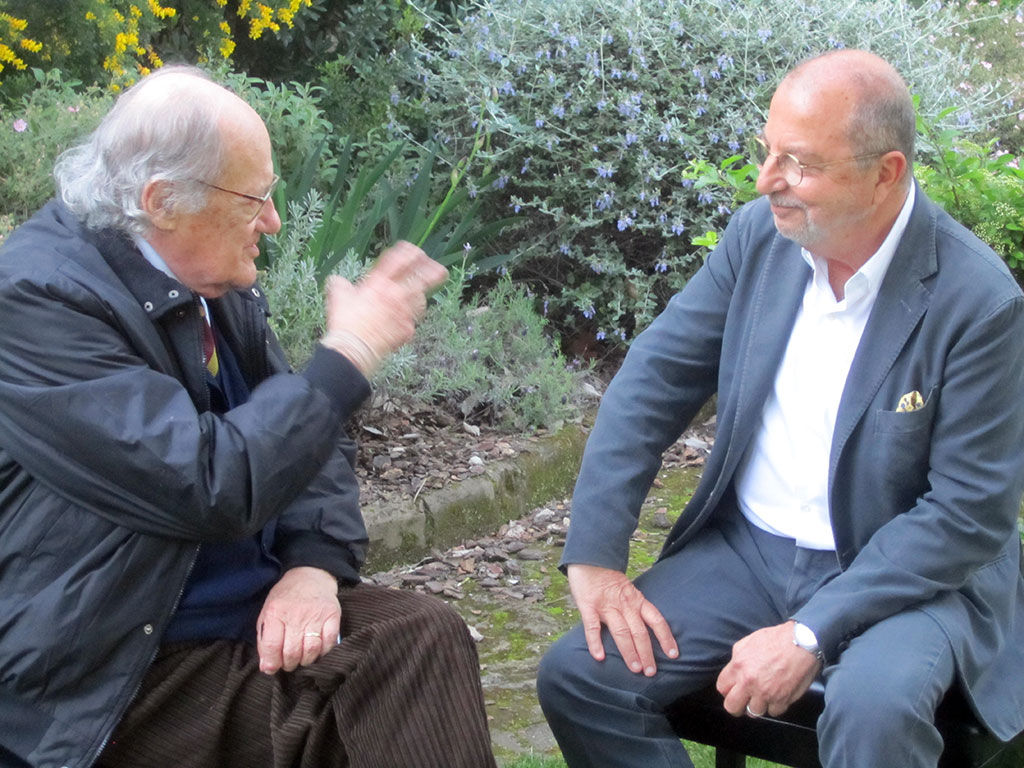